Tag: things to do in martha’s vineyard and nantucket

things to do in martha's vineyard and nantucket

It should come as no surprise that, peaceful and quaint as they are today, there are many things to see and do around the Island of Martha’s Vineyard, including historical sites from their past as settlements for mariners, whalers, and all kinds of seafaring people centuries ago. Moreover, these places lend a beautiful, unique visual style to their surroundings, especially if you know the story behind every exposed brick and arched roofs.

There are many walking tours to  Martha’s Vineyard, but you might either not have enough time or simply want to visit them at your own pace, taking it all in at your leisure. If that’s the case, we present you with some of our favorite historical places on both islands, be sure to visit them and learn what they’re all about!

A colony of perfectly preserved Carpenter Gothic styled cottages, popularly known as gingerbread cottages and dating back to the mid-1800s, is what dots the center of Oaks Bluffs. This collection of fairytale houses are still owned and inhabited by generations of families descended from the original Martha’s Vineyard Camp Meeting Association, and their humble beginnings are still reflected in their tightly clustered together interiors and lack of private yards both front and back. Now they’re one of the most photographed houses in America, and how could they not be? They’re adorable!

An impressive example of Greek Revival architecture in New England, the Old Whaling Church was originally built for Edgartown’s Methodist captains, but now stands as a testament to the town’s seafaring roots and the wealth that the whaling business brought with it. Mimicking an ancient temple with its six enormous Doric temples and crowned with a Gothic Revival clock tower, the Church is a living example of the style that dominated American architecture for decades in the 1800s. This beautiful building is one of the most notorious stops of the many walking tours around Edgartown, so you shouldn’t miss it.

More than just pretty vestiges of a bygone era, the lighthouses of Martha’s Vineyard (East Chop, Edgartown and Gay Head) are still-functioning beacons that shine-out to the sea every night. Thankfully, they’re also open to the public since they’re stewarded by the Martha’s Vineyard Museum, and offer their amazing views on the Edgartown Harbor, Chappaquiddick, and the cliffs of Aquinnah. The Edgartown lighthouse underwent renovations to allow visitors inside and up on the lantern room, and tours are available year-round.

Once owned by Dr. Daniel Fisher, who was one of the wealthiest men in America at the height of the whaling era, this Federal style residence has transformed over the years to include a beautiful garden on the west side, with an onion-domed roof gazebo ornamented with a gilded pineapple which you really can’t miss during your visit, and the inside of the house proper is so beautifully kept that you’ll want your house to look the same! Further, on the northeast corner, lies a sunken water garden, which compliments nicely with the beautiful surrounding areas. 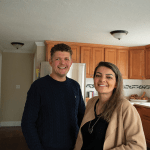 Shine Bright Cleaning Services is one of the bests in the industry. We specialize in maid services, post-construction cleaning, commercial and janitorial services, window washing and ironing service.

Get Your Instant Price Now!

Get your instant quote and free up your time now.